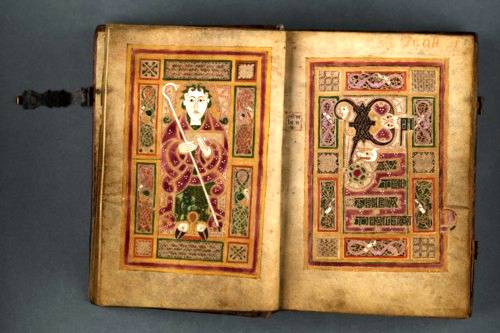 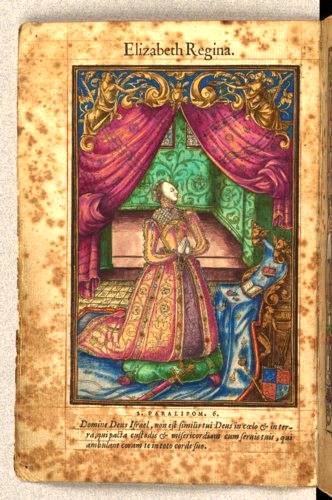 What I relish about living in London is the sheer number and variety of fascinating exhibitions on at any one time. Today I visited the ‘Treasures of Lambeth Library’, marking the 400th anniversary (1610-2010) of its founding in Lambeth Palace, historic residence of the Archbishops of Canterbury, on the south bank of the river Thames.

I’d expected to find a sea of purely ecclesiastical volumes from the collection of around 6,000 early books and manuscripts lining the Great Hall.

Instead I found myself gazing on such unique items as Charles Ist`s leather gloves (handed to the Bishop of London who attended him on the scaffold), a letter written by Elizabeth I informing the Earl of Shrewsbury of her recovery from smallpox, and the royal physician`s report, dated 1811 referring to the ‘malady’ of King George: “… He was so turbulent this morning we had to use restraints”…

Evocative stuff, but the main body of the exhibition is devoted to early books, many lavishly and meticulously illustrated such as the twelfth century Lambeth Bible whose frontispiece to the Book of Genesis is considered a masterpiece of Romanesque art and the pocket-sized MacDurnan Gospels, written in Ireland and gifted to Christ Church, Canterbury by the King of Wessex c.939.

Equally fascinating is the personal prayer-book of Elizabeth I, believed to have been designed by Levina Teerlink, the Flemish miniaturist who served as painter to the Tudor Court.

Other key items which caught my eye were an extremely rare Babylonian Talmud, a Byzantine manuscript from Constantinople and papers relating to the reconstruction of St Paul`s cathedral following the Great Fire of London.

Great names from the past jog the memory: there is a set of the works of Aristotle printed in fifteenth century Venice and a nautical chart on vellum depicting the voyages of Magellan in the then known world. Samuel Pepys is among several historic celebrities noted in a book of benefactors.

I could only gaze in awe at such treasures and while to name a single item is almost invidious, I would say the copy of the warrant for Mary Queen of Scot`s execution, signed by Elizabeth I is not to be missed.

Such a unique exhibition will never travel overseas so London visitors are well advised to visit the library before the heavy doors swing shut on 23rd July. open 10.00-17.000 Mon-Saturday.

Prayer-book of Elizabeth I depicting the Queen kneeling in prayer. Copy of the warrant for the execution of Mary Queen of Scots signed 8 February 1587