Most travellers have hotel adventures, but few will have been frightened out of their wits by a couple climbing into bed with them in the middle of the night. This happened to me in Morocco when they mistook their room and I did the unthinkable—I forgot to lock my door.

A hotel is a home away from home for travellers and especially for travel writers. So I don’t deny to being fussy about the standards. Will my room overlook the motorway or the market? Will I be over the kitchen, or under the discotheque? Will there be an Indian wedding in the garden or a buffet around the pool? Is the hotel still under construction! 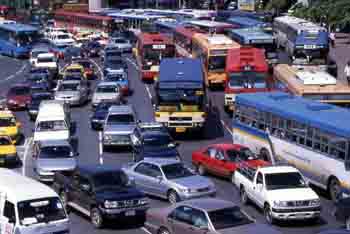 Do you suffer from xenodociophobia—a fear of foreign hotels? An airline stewardess I know will never sleep on the ground floor after finding a snake in her room in Darwin while an interior decorator friend will not stay higher than the ninth floor in case fire traps him in his Calvin Klein’s. My London postmastman said his own particular dread was finding hard pillows on his annual holiday in Bournemouth.

I always carry a personal pillow, but my own phobia is the colour orange drives me mad. Why does a sunburnt country like Australia have so many motels with a hot, orange décor? The same is true, I have discovered, of many hotels in the Arab world. After being out in the desert, I want the décor to be cool green. Or blue.

Do you agree that many hotel bathrooms leave much to be desired? Do you scald yourself under the mixer tap for instance? Well, that’s nothing. When I stayed in Hunza in the Northern Areas of Pakistan, the bearer-wallah brought me water to wash in a bucket filled from a dripping glacier.

I had many adventures while researching a book on Pakistan. At a canal rest-house in Dera Ghazi Khan, I awoke in the night to find the room had been invaded by saffron-coloured frogs. More than 40 were leaping about when I turned on my torch (there was no elecricity). Then in Balakot, in the Kagan Valley, I was disturbed by bush-mice chewing the orange flavoured vitamin C tablets in my wash-bag.

The service in some hotels can be truly disturbing as well. Leaving a hotel in Tangier recently, my bags were carried out to a taxi by the porter, smoking a cigarette. (who was angry that I requested he put it out).

In the 1980s when I was working in Khartoum, we had a power failure every night. On one occasion I was trapped for hours in an elevator with a 7ft tall Dinka man. Then in another hotel, this time in Port Sudan, I opened the window for a breath of air and the entire thing crashed into the courtyard.

Happily most places to stay have improved dramatically in the intervening years, but I’m sure all travellers have their tales of hotel holiday hell: what are yours?

Australian photojournalist and author. Used London as a base for nearly forty years while freelancing in the Middle East, Arabian peninsular, Africa and South Asia. Have written and illustrated more than a dozen books and travel guides. Operates a well regarded religious images stock photo library: www.worldreligions.co.uk. Live in Leura in the Blue Mountains outside Sydney.
View all posts by Travels with My Hat →
This entry was posted in Travel and tagged building, construction, horror, hotels, motorway, Pakistan, photos, travel;tourism;, Travels with My Hat. Bookmark the permalink.

3 Responses to A HARD DAY’S FRIGHT