…  That evening I found two tourists in the hotel restaurant. The first I had seen on either visit to Yemen, they were male, middle aged and sipping soup.

‘We’re from the Suffolk Birdwatchers Club,’ said one, his broad grin revealing a gap in his teeth.

‘I’m Herb and this is Norman,’ he indicated his sandy haired companion.
‘We`ve been doing avifauna checks on the Tihama,’ said Norman. ‘The rest of our group has left, but we want to do some spotting on the plateau. You’re welcome to come.’

I met Herb and Norm in the lobby next morning. They were wearing khaki safari gear, multi-pocketed gilets, and canvas hats. I was in brown linen trousers and a cream high necked shirt, as worn by Meryl Streep in Out of Africa. The taxi-driver had on jeans with a sleeveless sheep’s wool jacket and a black baseball cap with Baltimore Orioles on it.

‘Siddiq, friend America,’ he said clearly pleased I had noticed.

The rugged central plateau of Yemen abounds in birdlife. Creeping about the giant euphorbias with expensive Luger binoculars, Herb identified Arabian babblers, amethyst starlings, rollers, shrikes, warblers and weavers for Norm to record in a log-book.

The driver looked on as though they were mad. A task for small country boys in Yemen is to scare birds off the crops. Beginning at dawn, they spend all day seated in the fields firing stones at them from homemade catapults. The iridescent throat of the grey rock pigeon makes it an easy target.

‘Look!’ said Herb, whistling through his teeth as a beautiful bird alighted on a fig tree. It was a shimmering paradise fly-catcher which our driver, deftly miming the action, explained will nip off its tail in order to confuse a predator.

After an hour’s bird-watching, Herb and Norm spread out a tartan blanket and sat down with a thermos of tea. It was still too soon after breakfast for me and I wandered off along a track where a tall woman was climbing up from the ravine.

She wore a smock over black harem trousers embroidered at the ankles, gold bracelets and a piece of muslin wound around her head securing a bunch of marigolds. A goddess of the coffee terraces, showing no sign of astonishment at our meeting, she walked up and kissed my hand all in a single movement, and continued striding up the hill. 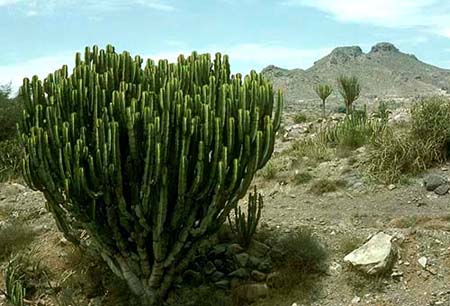 Australian photojournalist and author. Used London as a base for nearly forty years while freelancing in the Middle East, Arabian peninsular, Africa and South Asia. Have written and illustrated more than a dozen books and travel guides. Operates a well regarded religious images stock photo library: www.worldreligions.co.uk. Live in Leura in the Blue Mountains outside Sydney.
View all posts by Travels with My Hat →
This entry was posted in TWMH Excerpts and tagged Arabia, avifauna, bird, birdlife, birdwatching, comfort, dress, euphorbia, men, tourism, Travels with My Hat, Yemen. Bookmark the permalink.

10 Responses to BIRD-WATCHING IN YEMEN