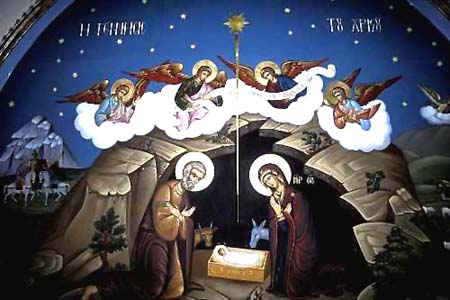 What does Christmas mean to you? A bonus at work, extended shopping hours, more cooking, school holidays,the Pope`s Benediction and the Queen`s message to her subjects, a new version of Silent Night, greeting cards, office parties, eating and drinking, giving and receiving – the celebration of the birth of Jesus Christ?

25th December unites Christians everywhere, but while church rites are similar, celebrations follow many variations on the theme. 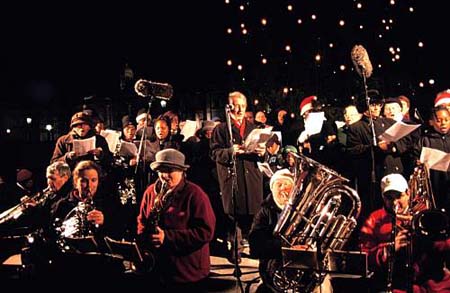 In Holland, festivities start on 6th December, when St.Nicholas and his servant Black Peter, ride through Amsterdam to the Damrak where they are offered a beaker of wine by the Mayor. On Christmas Eve, the tree is decorated, baby Jesus is placed in a crib by the fireplace, and coats buttoned against the cold, the family walks to a midnight church service. On the morning of the 25th they open gifts and enjoy a breakfast of cold meats and raisin bread. Relatives call for drinks and the main meal, at either lunchtime or night, is a formal dinner of baked turkey, or hare, accompanied by chestnuts and vegetables. 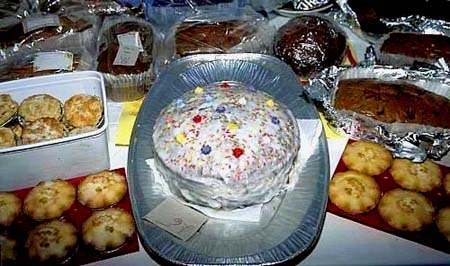 Any child who simply writes to: Santa Claus, Kiruna, Sweden is guaranteed a reply as the Swedish postal administration makes provision to answer all Christmas mail. But the Swedes believe it is illogical for Jultomten to climb down a chimney, so instead they leave a window open!

Christmas is celebrated on 24th December when the family gathers to sing carols and to dance around the Christmas tree. In the kitchen the ham is removed from the pot, and everyone takes a turn to dip a piece of bread in the bouillon before sitting around the table set with a roasted pig – apple in its mouth- and an elaborate smorgasbord. 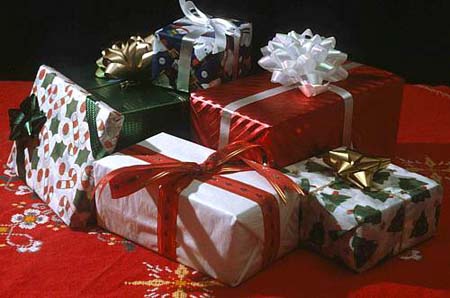 Like all religious festivities in Iberia, Spaniards celebrate Christmas with mucho gusto including street markets, wandering musicians and pantomimes. Christmas dinner, eaten on la noche buena – begins with baked cod, followed by roast poultry, and ends with a sweet almond soup. The family attends midnight Mass and on the morning of the 25th they make a traditional paseo to wish everyone Felices Pascuas! 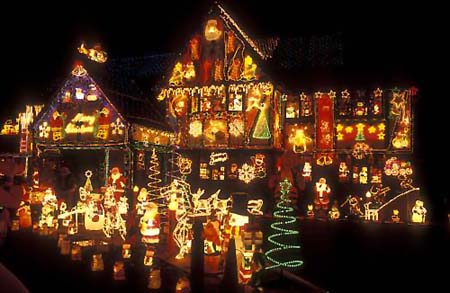 Christmas markets are a highlight of the festive season in the Czech Republic, one of the biggest displays being on the Old Town Square in Prague. Parents hide the fir-tree until Christmas eve when it is decorated, and the children are brought in and told it is a gift from Jesus on his birthday. The family then eats a traditional meal of baked carp,and after opening their presents, many attend a Christmas Eve church service. The vanocka (Christmas cake) is cut for breakfast on 25th and the main meal, eaten that evening, will be likely baked goose or turkey, served with vegetables including the inevitable cabbage, as well as dumplings.

The former Portuguese colony of Goa, on the Malabar coast of India, counts hundreds of Catholic churches, but nowhere celebrates Christmas more passionately than Nossa Senhora dous Remedios in the rural province of Salcete where three boys are chosen to play the three wise men from the east at the Festa de los Reis Magos. 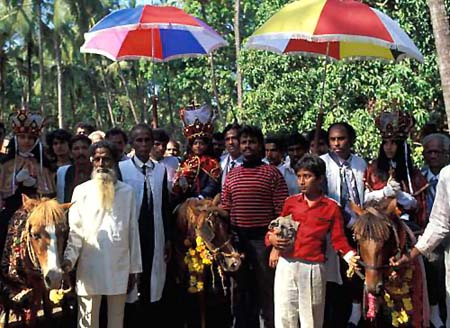 On 6th January, the Kings lead a procession winding through the coconut palms up to the church where a High Mass is said in Konkini and the boys bring their presents to the priest. The large crowds eventually drift home to dine on chicken and fish curries, followed by tropical fruits and pastries, and those who managed to touch a crown worn by one of the Kings, are filled with joy of blessings in the new year.

Old traditions die hard in Australia which continues to celebrate an English-style Christmas with pine trees and snow in the heat of mid-summer. And a typical Aussie Christmas is often held outdoors with parents driving up to 300 miles to reach a favourite camp-site. Kids get up early to help erect an artificial tree beside the tent, or caravan, and somehow mother manages to throw a shrimp on the barbie and serve baked poultry with all the trimmings. 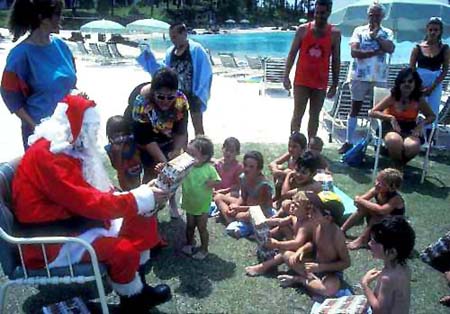 By evening most people have had a swim and are enjoying drinks with fellow campers when there is a rumble of thunder and wearing only shorts and t-shirts, everyone rushes in to escape the storm. Mother is heard saying the washing-up will keep till tomorrow, while Dad’s last words are: ‘Christ, we forgot to go to church again this year!’

Australian photojournalist and author. Used London as a base for nearly forty years while freelancing in the Middle East, Arabian peninsular, Africa and South Asia. Have written and illustrated more than a dozen books and travel guides. Operates a well regarded religious images stock photo library: www.worldreligions.co.uk. Live in Leura in the Blue Mountains outside Sydney.
View all posts by Travels with My Hat →
This entry was posted in Religion and tagged art, balls, celebration, Christianity, christmas, decorations, meaning, nativity, religious, Santa Claus, traditions, tree, xmas. Bookmark the permalink.