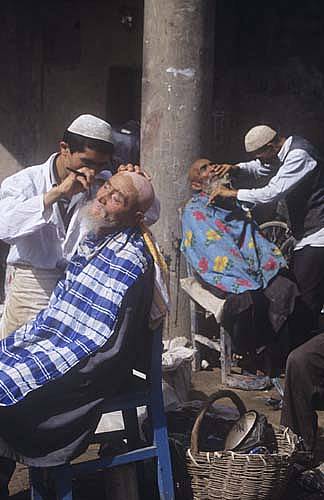 If you don’t like the content of a film festival, you attack its website. At least that`s what the Chinese have done to the Melbourne Film Festival, over its decision to screen a 55 minute documentary on Rebiya Kadeer, the leading campaigner for Uighur rights.

Following the July clashes between ethnic Uighurs and Han Chinese (many forcibly settled in the Xinjiang in north-west China) Beijing has ‘pointed the bone’. And not only was the festival website hacked into, Chinese film-makers withdrew five of their films in a further exercise designed to spoil the event.

As head of the World Uighur Congress, Ms Kadeer is the champion of the Uighurs, a Muslim peoples of some 11 millions, scattered throughout central Asia, who make up 50% population in Xinjiang.

The Chinese label the Uighur nationalists as “terrorists” and following 9/11, they have manipulated global support for a self-declared “war on terror”. Human rights groups have responded by accusing Beijing of using this as a pretext to repress Uighur culture and religion.

“Last time during the Tibet riots, [the Chinese government] blamed the Dalai Lama, and now with the Xinjiang riot, they are blaming me,” Ms Kadeer told the BBC of the July riots.
As Ms.Kadeer continues her global travels, so the Chinese continue their protests, most recently to Japan.

Meanwhile the fate of thousands of Uighurs imprisoned after the riots remains unknown.

Australian photojournalist and author. Used London as a base for nearly forty years while freelancing in the Middle East, Arabian peninsular, Africa and South Asia. Have written and illustrated more than a dozen books and travel guides. Operates a well regarded religious images stock photo library: www.worldreligions.co.uk. Live in Leura in the Blue Mountains outside Sydney.
View all posts by Travels with My Hat →
This entry was posted in Comment and tagged Beijing, campaigner, China, culture, Melbourne Film Festival, Muslim, photography, protest, rebiya kadeer, riots, uighur, Xinjiang. Bookmark the permalink.