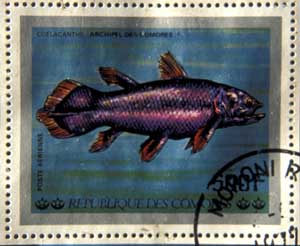 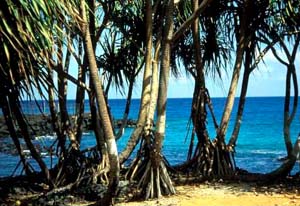 “When I hauled in the net… I saw the strange fishtail sticking out and realised that it was different from anything I had ever seen… the fish was a coelacanth believed extinct for millions of years.” wrote Captain Hendrik P. Goosen of catching the first coelacanth off the Comores in 1938.

Publicity surrounding the ‘living fossil’ – pre-dating dinosaurs by 100 million years – brought attention to the Comores, an Indian Ocean archipelago, originally peopled by Shirazi settlers who arrived with their African slaves. Comorians are descended from these early mixed migrations: 99 per cent are Muslim.

The three islands – Grand Comore, Anjouan and Moheli – lie in the Mozambique Channel. A fourth, Mayotte, while geographically part of the archipelago, opted to remain with France when independence was granted in 1975.

Moroni the Comorian capital, is located on the largest island of Grand Comore. It remains a sleepy, old ‘Indian Ocean Coast’ style town of coral-stone houses lining narrow lanes descending to a harbour filled with wooden ngalawas used for in-shore fishing. A second coelacanth caught in 1985, is displayed in Moroni’s National Museum and in order to protect the island’s only claim to fame, the government declared a section of ocean a National Coelacanth Reserve. 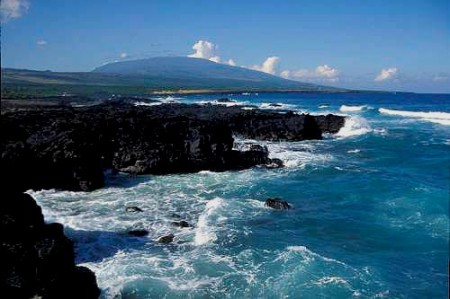 The Karthala Volcano on Grand Comore rises to a height of 2361 m. During a big eruption in 2005, lava ran right down to the sea and due to a shortage of building material, some village houses are entirely constructed of volcanic rock.

The south coast of Grand Comore is lined with coconut palms and pandanus trees leaning over turquoise bays. 1000 year old cycad palms are among several exotic species flourishing in rain forest in theinterior. On coastal clearings, maize, bananas and rice are grown along with the ylang-ylang flower. The Comores are the world’s biggest producer of ylang-ylang, an essential oil in many perfumes. But it takes a lot of flowers -nearly a ton – to distil a single litre. 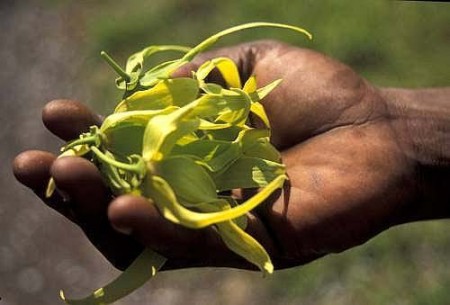 Island life is low-key except on the occasion of a grand mariage when custom dictates the first born daughter gets a big send off.

As soon as a baby girl is born in the Comores, her family begins building her a house although it may take as long as twenty years, and their life savings, to complete. The groom reciprocates with money, jewellery and livestock. He is also responsible for the wedding feast lasting several days, with hundreds of friends and relatives invited.

Traditional dancing is central to celebrations. Slow at first, it grows ever wilder, but is always performed in step. Women, their faces painted with white paste which is considered alluring, perform the energetic wadaha miming island chores – milling grain, sweeping, fetching water – all tasks in store for the new bride. 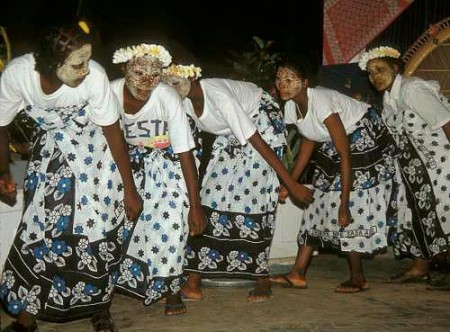 Australian photojournalist and author. Used London as a base for nearly forty years while freelancing in the Middle East, Arabian peninsular, Africa and South Asia. Have written and illustrated more than a dozen books and travel guides. Operates a well regarded religious images stock photo library: www.worldreligions.co.uk. Live in Leura in the Blue Mountains outside Sydney.
View all posts by Travels with My Hat →
This entry was posted in Travel and tagged coelacanth, Comores, Comoros, dancing, Grand Comore, hat, Indian Ocean, islands, lava, pandanus, photos, scent, travel, volcano, ylang-ylang. Bookmark the permalink.

5 Responses to Coelacanths, moonshine and the scent of ylang-ylang