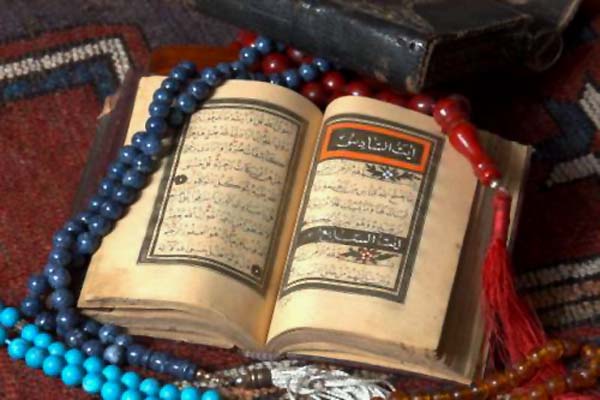 May I begin by saying that no insult for one’s own satisfaction is honourable, but then neither is killing by way of taking revenge.

In the fifteen years since I founded the World Religions Photo Library, I never received a request for an image of the Prophet Muhammad since professional editors understand and accept that it is haram (forbidden) in Islam to publish such a picture.

Islam has a strong tradition of aniconism, the practice of shunning images of divine beings, prophets and in its extreme form, of any living creature.  In Saudi Arabia a prominent cleric even issued an edict forbidding children from building a snowman following a winter storm. His argument was that it created an image of a human being, an act considered blasphemous in the kingdom’s rigid interpretation of the Qur’an.

The majority of the world’s 1.6 billion Muslims take the Prophet Muhammad far more seriously than most Christians do the earlier prophet Jesus Christ. He is their moral guide for virtuous living and for the poor, semi-literate, their idol, their world. 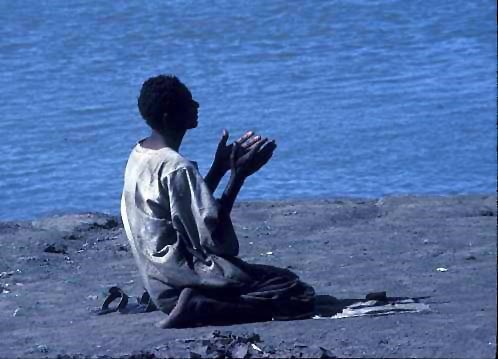 For the French magazine Charlie Hebdo to depict the Prophet in provocative ways and unsavoury postures is a huge affront, in particular to the devout Muslim — not necessarily a fanatic, but a true believer —who takes it as a personal injury.

We witnessed the violent repercussions following the publication in Denmark in 2005 of anti-Islamic cartoons depicting  Muhammad, the founder of Islam, with a bomb in his turban. 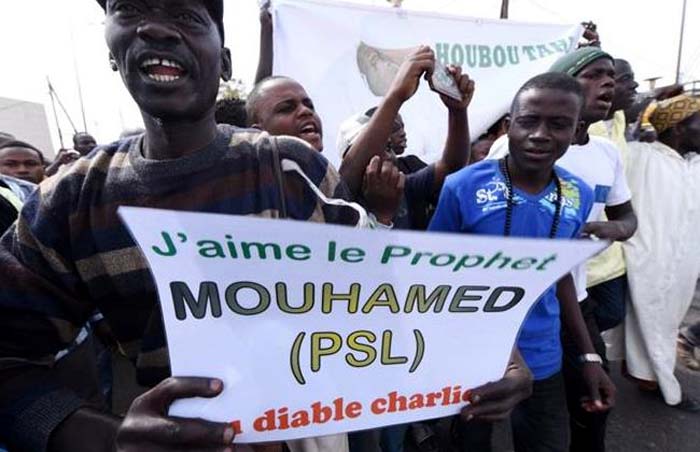 Further caricatures lampooning the Prophet have continued to be published in Charlie Hebdo of which no one can now be ignorant unless they live, without radio or internet, on some remote oceanic atoll.

The sad point is that many of the Charlie Hebdo drawings for which ten French journalists paid with their lives, were not so much witty as tacky, even vulgar.

To me – and I have been closely involved with most religions including visits to thirty-five Muslim nations – Charlie Hebdo too often cocked a pencil at Islam.

It is simple to mock, not so easy to marry satire and wit. The magazine covers resulted in Muslims feeling not only offended, but interpreting the cartoons as a put-down by the West and in this tragic case, by a former colonial power.

Christians did not exact revenge for Charlie Hebdo’s explosive cover of the Virgin delivering Jesus. But minority Christian communities in Niger, Pakistan and Sudan are now suffering a backlash with the list of countries likely to grow as word spreads among the underprivileged who know no better than to react via angry street protests.

I  finally can’t help but think that such peoples must also ask themselves why? What have we done to deserve a so-called sophisticated country constantly sneering at our religion in the name of free speech?

If you were a poor Muslim who lived according to the Qur’an and the hadiths–sayings of the prophet – you too might react in the only way open — rage, rage— and be sure while such “cartoons”continue to be published in the name of la liberte d’expression — there will be more bloodshed and more churches torched. 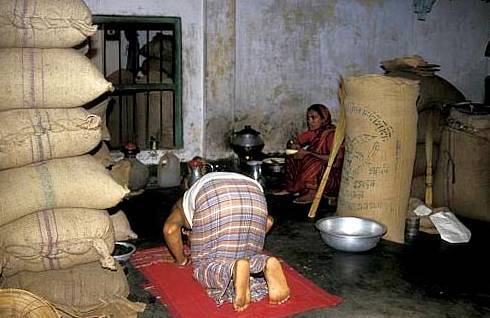 I think my comment re Charlie Hebdo was correct “free speech but with responsibility” said in 2012. @griffmedia 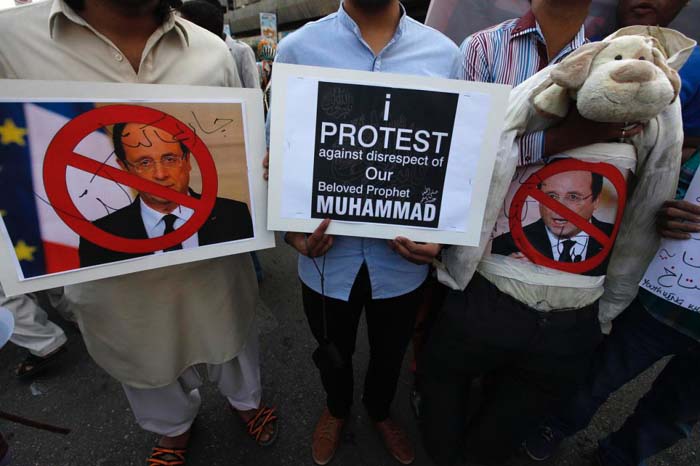 Man praying by the Nile in Sudan: Liam White.

Australian photojournalist and author. Used London as a base for nearly forty years while freelancing in the Middle East, Arabian peninsular, Africa and South Asia. Have written and illustrated more than a dozen books and travel guides. Operates a well regarded religious images stock photo library: www.worldreligions.co.uk. Live in Leura in the Blue Mountains outside Sydney.
View all posts by Travels with My Hat →
This entry was posted in Culture, Media, Religion and tagged beliefs, blasphemy, cartoon, Charlie Hebdo, Christianity, insult, Islam, Muslim, picture, Prophet, protests, Qur`an, religion, worship. Bookmark the permalink.

One Response to Enough is enough: Charlie Hebdo