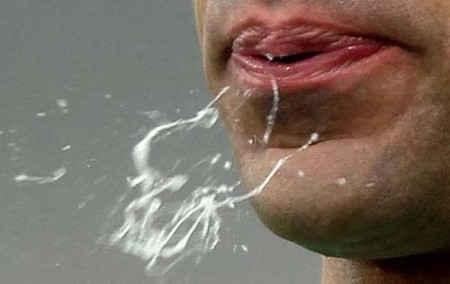 An issue that concerns me as a resident of South London is the amount of spitting, especially in Vauxhall where I live. Globs of phlegm were actually glistening in the rare sunlight along the Wandsworth Road this week.

The Chinese, through a massive education programme twenty years ago, have managed to greatly reduce this dangerous and offensive habit, but no UK government or local council, seems concerned.

As well as being anti-social, spitting is gravely serious: bacterium dry on the pavement and becoming air borne, put all of us at risk.

Why do we have an alarming increase in TB in Britain – said to be as high as 40% in London? Because TB carriers are spitting: women being as much to blame as men.

Particular offenders are peoples from the Horn of Africa who do it in their countries of origin, and may not even be aware of the habit. But they are not alone: Arabs and many new arrivals from Eastern Europe are also spitters.

While instructing us to embrace a multi-cultural society, it is time the British government initiates an education programme before we all come down with tuberculosis.

A good start would be to erect signs saying Spitting Prohibited: Fine £100.

Australian photojournalist and author. Used London as a base for nearly forty years while freelancing in the Middle East, Arabian peninsular, Africa and South Asia. Have written and illustrated more than a dozen books and travel guides. Operates a well regarded religious images stock photo library: www.worldreligions.co.uk. Live in Leura in the Blue Mountains outside Sydney.
View all posts by Travels with My Hat →
This entry was posted in Comment and tagged danger, disease, health, pavement, phlegm, prohibit, sign, South London, TB, tuberculosis, Vauxhall. Bookmark the permalink.