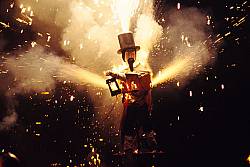 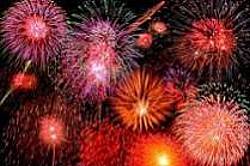 Not so long ago a vocal non-Christian minority in the United Kingdom called for Christmas to be stopped. Already the Christian morning assembly has been dropped in many schools and the traditional Nativity Play is no longer staged where there is a large, multi-ethnic attendance.

All of this is ridiculous kowtowing by the Christian host nation, but as I lay awake on 5th November, I couldn’t help but wonder about the sanity of preserving the traditional British Bonfire Night.

Guy Fawkes Night, or Bonfire Night, the annual celebration held on 5th November in U.K. and many Commonwealth countries, commemorates the failed effort of Guido Fawkes to blow up the Houses of Parliament, an early terrorist attempt on 5th November 1605, when an estimated 82 million fireworks – worth some £250 million to retailers – goes up in smoke. Literally.

As exploding bungers rattled my bedroom windows, I wondered about its effect on our large migrant population who have fled conflict in their homelands. At one point, the noise resembled bomb blasts and any children, old enough to remember warfare in countries such as Somalia, Eritrea and Iraq, must have been utterly terrified.

Of course we must retain our Christian celebrations, but the government should ban this wasteful tradition which also terrifies pets and sees some thousands of people -mainly under-16s – treated for firework injuries. This year some fool also lobbed fireworks into an electrical fuse-box which blacked out 109 homes in rural Berkshire, thank you very much.

Who agrees? Lets hear your comments.

Australian photojournalist and author. Used London as a base for nearly forty years while freelancing in the Middle East, Arabian peninsular, Africa and South Asia. Have written and illustrated more than a dozen books and travel guides. Operates a well regarded religious images stock photo library: www.worldreligions.co.uk. Live in Leura in the Blue Mountains outside Sydney.
View all posts by Travels with My Hat →
This entry was posted in Comment and tagged bonfire, bungers, Christian, explosions, fireworks, Guy Fawkes, traditions, UK. Bookmark the permalink.