In 326 BCE, a Greek officer, passing the arid Makran coast of Baluchistan during the retreat of Alexander the Great, noted the area was inhabited by peoples he called Ichthyophagi – Fish-Eaters.

Subsequent centuries of fishing has so depleted fish stocks that by 2050, when the world population is expected to reach 7.5 billion, many wild species will have disappeared. And the word ichthyophagi will be obsolete.

While warming seas and ocean acidification also threaten seafood; the FAO estimates 75 percent of fish stocks are being lost to overfishing.

Overfishing by coastal nations and illegal trawling by foreign boats has so reduced some breeds in the Northern Hemisphere that many are unlikely to recover.

The European eel, cod, skate and halibut are on the International Union for the Conservation of Nature most endangered fish list.

Harvested for caviar, the giant beluga sturgeon in the Caspian Sea is threatened.

The orange roughy, sold as “Deep Sea Perch” in Sydney fish markets takes 20-30 years to sexually mature making it imminently vulnerable. The slaughter of  sharks, estimated at 75 million a year, is catastrophic.

Lobster colonies off Somalia have been wiped out by South Korean vessels dragging the ocean floor depriving fishermen of a livelihood, a reason behind the rise of piracy.

Chinese boats pulling a huge net between them are annihilating fish off West Africa. Satellite tracking records some 70 “pair vessels” working off Sierra Leone at any one time.

The 1982 Law of the Sea allows an Economic Exclusion Zone of 200 miles, but a lack of resources sees most African nations unable to protect fish within. The fragile ngalawas of Indian Ocean fishermen can only venture so far with a result that many off-shore islands are fished out.

Overfishing is especially critical in the Southern Ocean where the Patagonian tooth fish and the southern blue fin tuna are ruthlessly hunted by vessels plundering the high seas. Flying flags of convenience, they remain out months, off-loading their catch onto a giant refrigerated mother ship of which some 400 operate across the world.

With the unreported catch estimated at 14 million tonnes a year costing genuine markets some $25 billion, a global treaty is required to rein in illegal fishing.

Cost is the main obstacle to multi-national naval patrols of vast areas of ocean. Penalising nations who break regulations is difficult to impose while educating Asian countries against fishermen using cyanide is limited by local illiteracy.

Small but positive steps towards sustainable areas of ocean management is the creation of marine reserves but while Australia has gazeteered some extensive zones, allowing recreational fishing defeats the aim of providing fish a sanctuary to breed.

Investment in aquaculture may feed future hungry mouths but it is no solution for wild fish who are powerless to prevent their own extinction by human exploitation. 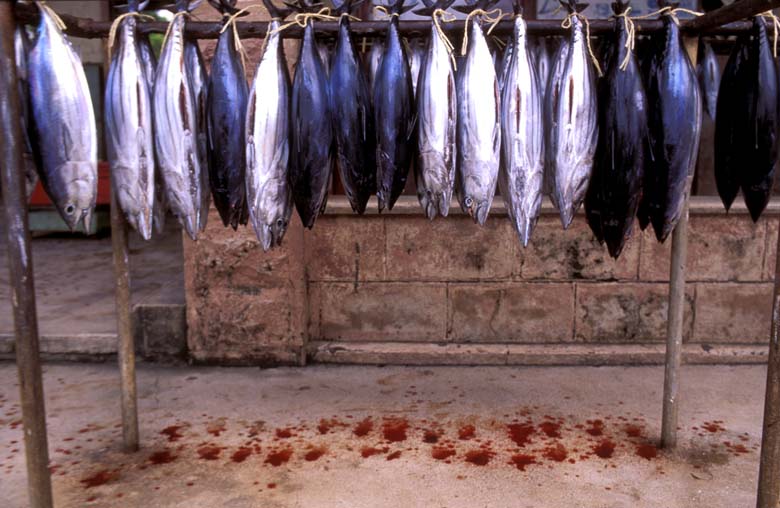