2 October 2019 marks one year since Saudi journalist Jamal
Khashoggi was suffocated and dismembered in the Saudi Arabian
consulate in Istanbul. Two of the Saudi team involved were close
associates of the Crown Prince of Evil, Mohammed bin Salman, who
continues to deny ordering the murder. We will NEVER accept the
lies surrounding this heinous crime which clearly indicate this
medieval “kingdom” cares nothing for human life. Nor indeed for
customary diplomatic relations. And that the Saudis are self
appointed custodians of the holy shrines in Mecca must horrify
every Muslim irrespective of whatever branch of Islam. 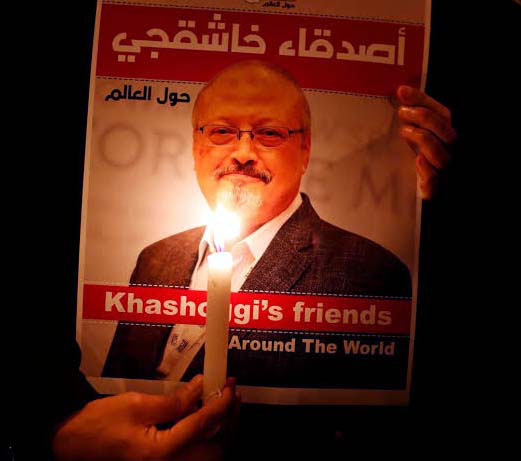 Australian photojournalist and author. Used London as a base for nearly forty years while freelancing in the Middle East, Arabian peninsular, Africa and South Asia. Have written and illustrated more than a dozen books and travel guides. Operates a well regarded religious images stock photo library: www.worldreligions.co.uk. Live in Leura in the Blue Mountains outside Sydney.
View all posts by Travels with My Hat →
This entry was posted in Travel. Bookmark the permalink.