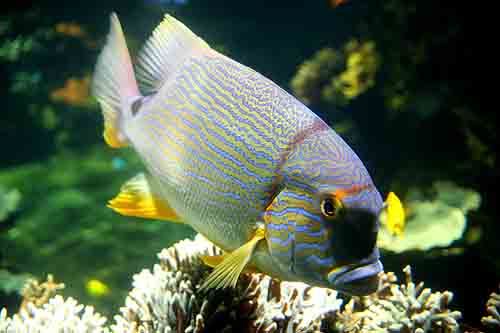 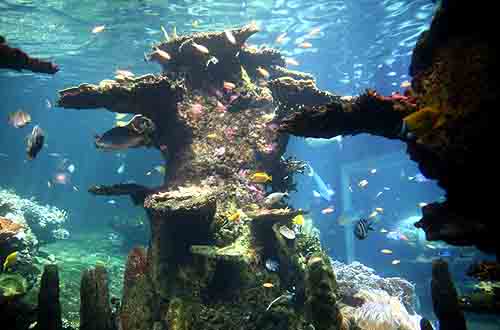 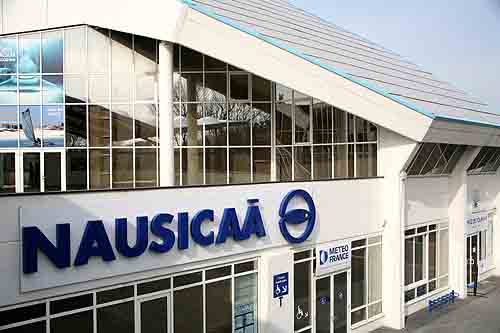 The protection of seafood species from over consumption must be a prime goal if ocean stocks are to last for future generations.

The Mr Goodfish campaign, launched on 18th March 2009 at Nausicaa Marine Centre in Boulogne, a coastal port in north-east France, aims to promote sustainability by encouraging better practices in every link of the seafood chain from fishermen and fishmongers, through restaurateurs and chefs to the consumer. That is from the professional, profiting from our abundant ocean-life, to “Joe Public” who is eating it.

Using the tag` Good for the Sea, good for You` the objective is to tap into public consciousness by showing how to make informed choices when buying, or ordering seafood. Several leading French chefs have committed to placing MrGoodfish stickers on their restaurant menus bearing the stark message: Si vous voulez continuer a manger du poisson, il faut bien choisir le bon poisson des aujourd`hui.

World Ocean Network members – Acquario di Genova in Italy and the Aquarium Finisterrae in Spain, are backing the initiative. With Nausicaa, they will post lists of sustainable species in their regions, adjusted according to the seasons, on thewww. MrGoodFish.com website.

`It has to work. The marine environment is under intense pressure which will only increase unless action is taken`says Stephane Henard, curator of Nausicaa which has welcomed more than 10 million visitors since opening in 1991.

I have seen a few aquariums on my travels and can say that Nausicaa, which is right in the port of Boulogne-sur-Mer, is top- notch. Its tropical lagoon, containing 400,000 litres of filtered seawater, kept at 24-26c is now the biggest indoor cultivated reef in the world, developed from 5,000 individual coral cuttings. And counting 3,500 fish from 100 different species. Other exhibitions such as Mediterranean sea-life and a Californian tank, with waving kelp and cruising leopard sharks, are equally fascinating.

50% of Nausicaa`s creatures were born in captivity. Others have travelled many miles, as juveniles, to Boulogne: barracuda from Rotterdam, a giant leopard moray, estimated by Stephane to be some 50 years old, a gift from London Zoo and a Napoleon fish from Hawaii. And I was intrigued to learn that unlike their aggressive Amazonian cousins, Nausicaa`s two large piranhas, from the Matto Gross, are toothless vegetarians.

The centre is designed so that one descends via staggered terraces into the heart of the ocean. And by viewing each tank of plants as well as animals, visitors will hopefully recognise the fragility of marine life, and commit to its preservation.

Tell a fishmonger if his fish are undersize. And that you don`t buy female crabs. Castigate Italian tourists who buy dried seahorse souvenirs, complain to supermarkets offering swordfish and tuna on their counters. The MrGoodfish campaign can work, but it needs your personal participation.