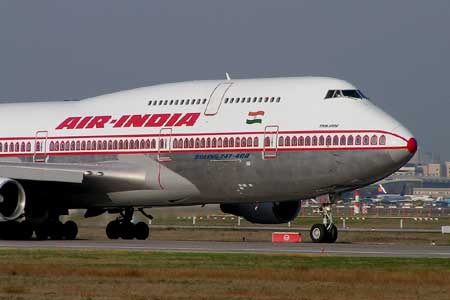 The Indian government is to prop up ailing national airline, Air India, whose losses are reported at $50 million a month. Conditions have been laid out that Air India must meet, in order to secure the bail-out money. Or else..

Air India was always my preference for the “great flight! from London to Sydney. 9½ hours to Mumbai made an excellent break-point. The service was gracious, and the light vegetarian food, ideal for flying. Then alas, their Australia service was suspended.

I have subsequently flown on just about every other carrier: Singapore Airlines, Qantas, United/Air New Zealand, British Airways, Gulf Air, JAL, Malaysian, Alitalia, Korean Airlines, Cathay Pacific, Thai, Garuda, Pan Am (that was) and Korean Air – some good, some not so good, others simply terrifying.

On one flight to Sydney, I made a list of ALL the carriers I had EVER flown with. The entry was accepted by Guinness World Records but I rather feel, during her term as US Secretary of State, that Condoleezza Rice may have flown on many more. (It was not the frequency, note, but the greatest number of different international airlines).

One of my most memorable trips was a Korean Air flight when the stewardess wheeled a library up and down the aisle. Problem was the only book in English was Tolstoy’s War and Peace which would have taken several trips to Sydney and back, via Seoul, in order to finish reading it.

The longest, most punishing flight I had was on Grrr- Garuda which took 45 hours due to a hard landing and a 15 hour delay, in Abu Dhabi.

The most frightening was on a BOAC – VC10 when an engine caught fire and we went slid down the emergency slides and ran for our lives: 20th Sept 1971, in Singapore.

And the best? Well, a good flight depends on so many factors – plane, crew, food, check-in, in-flight entertainment, but all things considered, I would say that the South-East Asian airlines come out tops. 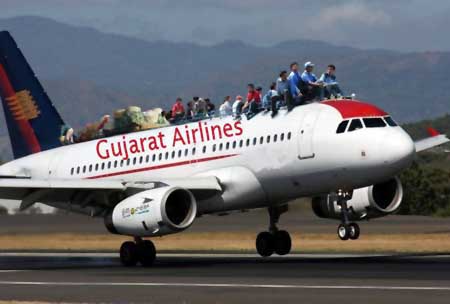 Australian photojournalist and author. Used London as a base for nearly forty years while freelancing in the Middle East, Arabian peninsular, Africa and South Asia. Have written and illustrated more than a dozen books and travel guides. Operates a well regarded religious images stock photo library: www.worldreligions.co.uk. Live in Leura in the Blue Mountains outside Sydney.
View all posts by Travels with My Hat →
This entry was posted in Travel and tagged Air India, airlines, ASian, Christine's sites, comfort, Malaysian airlines, plane, tourism, travel. Bookmark the permalink.