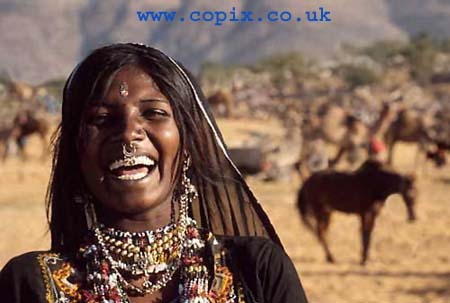 In 1997, in the Melancholy of Photography, Susan Sonntag said that ‘…photography has become the art of quintessential, affluent, wasteful, restless societies.’

Today photography is the name of the game. But the picture industry is in a state of melancholia, more particularly the stock libraries which have played an historic role in the publishing world.

Like writers being challenged by bloggers, photo agencies are greatly affected by the rise, and rise, and rise of “citizen cameraman” who is content simply to see his work in print. Frequently without payment.

Helped by the genius of digital and Adobe Photoshop, amateurs are giving the professional a run for his money by flooding the market with many good images, but which are available for as little as a dollar.

The sorry state of many image libraries today relates to this and to the credit crunch which has impinged on demand. But it is equally due to huge corporations dropping prices to levels at which smaller collections cannot compete.

Mega players such as Getty had the nous, and funds, to buy up competitors eating into the international footage market, valued at more than £200 million annually.

Corbis, owned by Bill Gates, has also swallowed competition so that these, and a few other names such as Alamy, now call the tune. Such collections often counting 10-20 million images, return a good income, but at the expense of their photographers who experience diminishing sales.

The conflict between amateur and professional is that photographers who have studied their trade are not trying to be a surgeon and perform an appendix operation on the side, as it were.

In fact countless amateur photographers are doing themselves an injustice by handing over image rights with no knowledge of how to license them. And in entering their photos in vaguely worded competitions, even those run by some of the major newspapers and websites.

I, too, was an amateur once and in an ideal world, there would be room for both parties. But the situation is far from ideal and it’s very unfortunate when all around are people, some of whom have spent years building up splendid specialist collections, being overtaken by circumstances beyond their control.

Australian photojournalist and author. Used London as a base for nearly forty years while freelancing in the Middle East, Arabian peninsular, Africa and South Asia. Have written and illustrated more than a dozen books and travel guides. Operates a well regarded religious images stock photo library: www.worldreligions.co.uk. Live in Leura in the Blue Mountains outside Sydney.
View all posts by Travels with My Hat →
This entry was posted in Media and tagged amateur, blogger, credit crunch, decline, Gamma, images, industry, market, melancholy, professional, Susan Sonntag, Travels with My Hat. Bookmark the permalink.

4 Responses to LAUGHING FIT TO CRY