The British travel agent Thomas Cook escorted the first ever tour to Egypt back in 1869. From that cautious beginning, international tourism was born. Places such as Giza and Luxor soon became household names. In 1922, the renowned archaeologist Howard Carter addressed the Royal Geographical Society with news of fabulous findings in the tombs of the Pharaohs. Staying at the Old Cataract Hotel in Aswan, Agatha Christie wrote her classic murder mystery Death on the Nile published in 1937. Lawrence Durrell pinned characters in his tetralogy of novels on the splendid port of Alexandria. Alan Moorhead’s The White Nile became another best seller. By the mid-twentieth century, a Nile cruise had become one of the most popular excursions on earth. At one time, some 200 cruise-boats were operating on the river. Today only a dozen are left… The camels at the pyramids are hungry and more than half the fleet of tonga-horses in Upper Egypt have been cut loose. Once contributing a third of Egypt’s GDP, tourism is down 70 percent with visitors even shunning places previously considered safe. While not [yet] on a similar scale to the crushing of the democratically elected Islamist Party in Algeria in 1990, the overthrow of the Muslim Brotherhood and the crackdown on party members is hurting the country more than an outsider can imagine. And closer to home as it were, for the eighth time this week, the imprisoned al-Jazeera journalists have been refused a proper judicial hearing… The Ministry of Information always took a jaundiced view of foreign media. My first visit on every trip to Cairo was to its drab office by the Nile, but even with an official press card, woe betide you if you photographed anything considered inappropriate.

Oh Umm Egypt, these pictures were taken during your happier times… 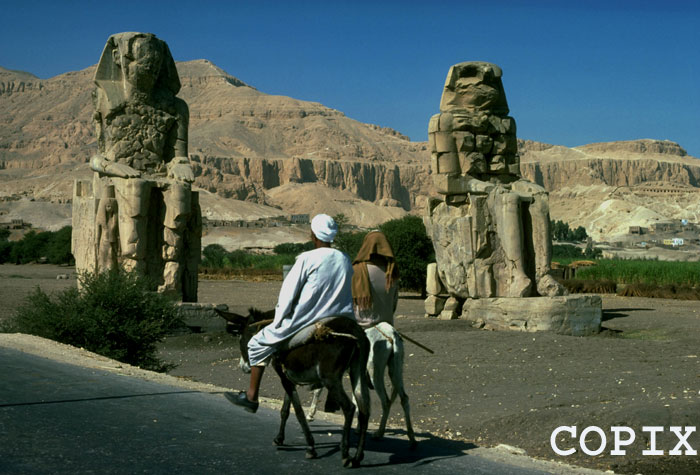 I was out early one morning in Luxor when these two came trotting past. The giant statues known as The Colossi of Memnon are of the Pharaoh Amenhotep of the 18th dynasty, died c.1504 BC. 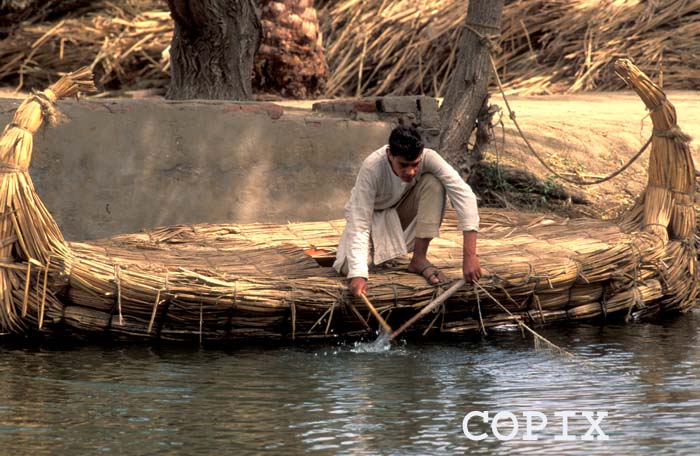 The papyrus reed boat in the Pharaonic Village in Cairo is a faithful recreation of how people fished in ancient times. Casting his net into a canal, the youth managed to catch several small Nile perch. 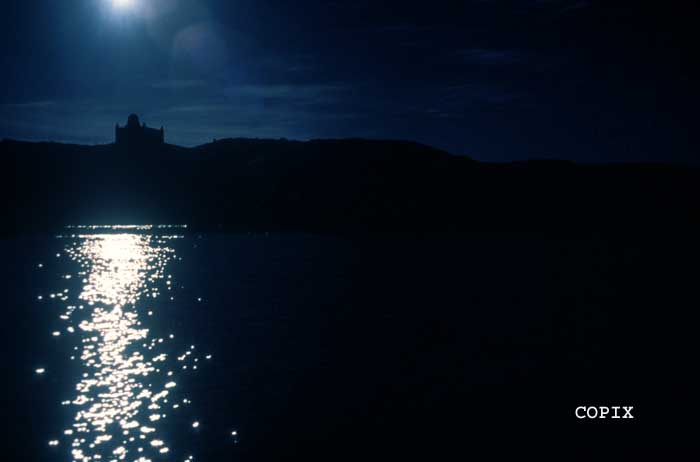 On an early evening cruise by felucca in Aswan, the moon suddenly lit up the mausoleum of the Aga Khan which is built on a sand dune overlooking the Nile. He died in 1957. 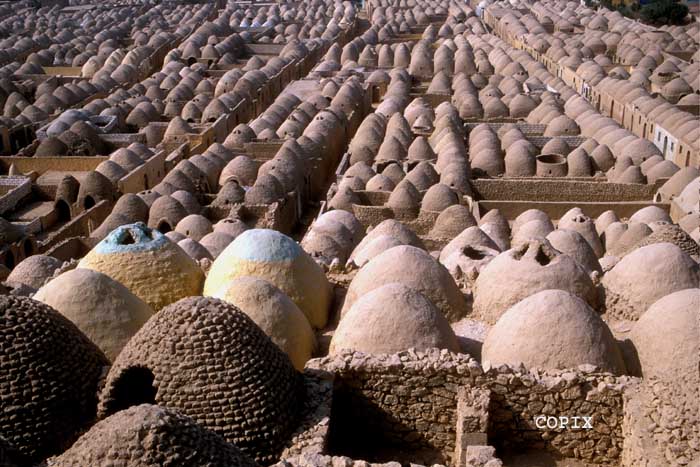 A contrast are the myriad beehive tombs of the deceased in what is known as the Zawaiyet el-Mayiteen, a vast Muslim necropolis near Minya, a quiet market town in Middle Egypt. 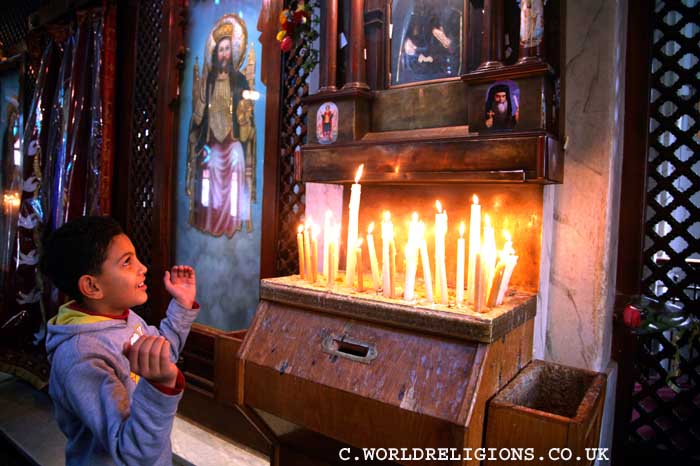 A boy prays before an icon in the church of Our Lady of the Apparition in Cairo. Christians account for 10 percent of the population of Egypt. 95 percent belong to the Coptic Orthodox Church of Alexandria. 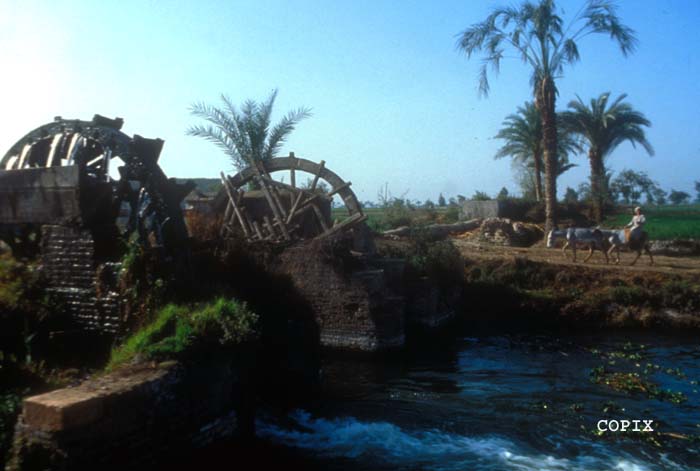 I captured this quiet scene in the Fayoum Oasis, not far from Cairo. The water wheels, known as sakias, have been irrigating local farmland for as long as anyone can recall. 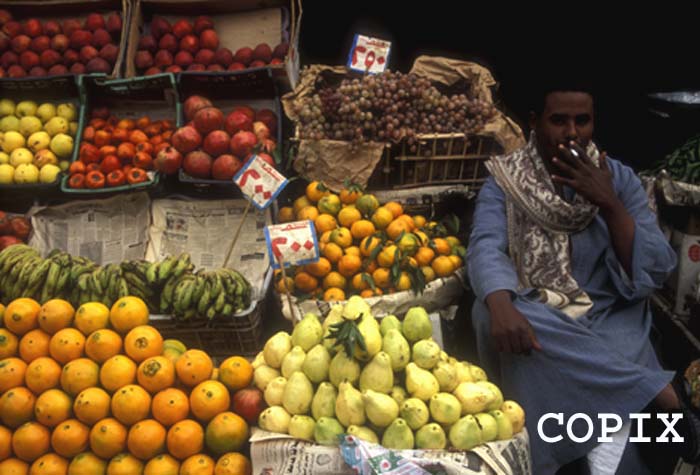 This trader in Cairo seemed to be having a quiet day. But it was early, and being a Thursday, he would become busy later as people shopped before the Muslim prayer-day and general day-off work. 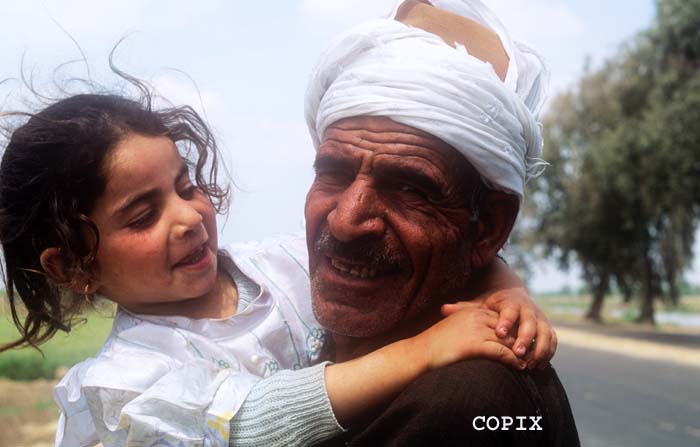 I am especially fond of this picture I stopped to take on a country road. The little girl clearly adores her grandfather, a local farmer who owned a small plot growing sesame seed near Assiut. 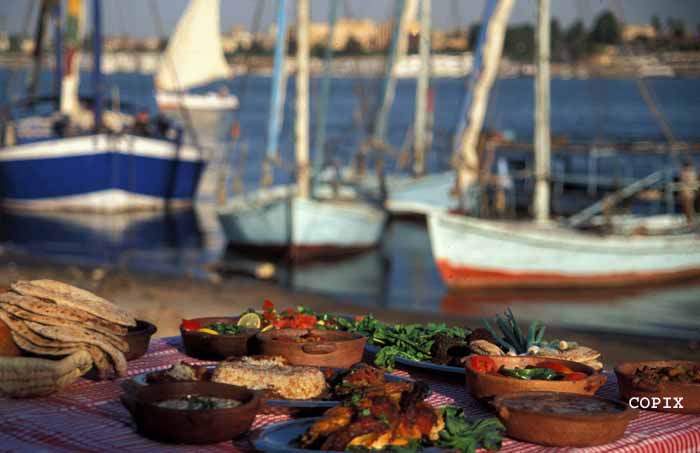 A cafe owner had set up this table of traditional food for me in Luxor, but just as all was ready, some boatmen arrived and I managed only one photo before the feluccas sailed away. 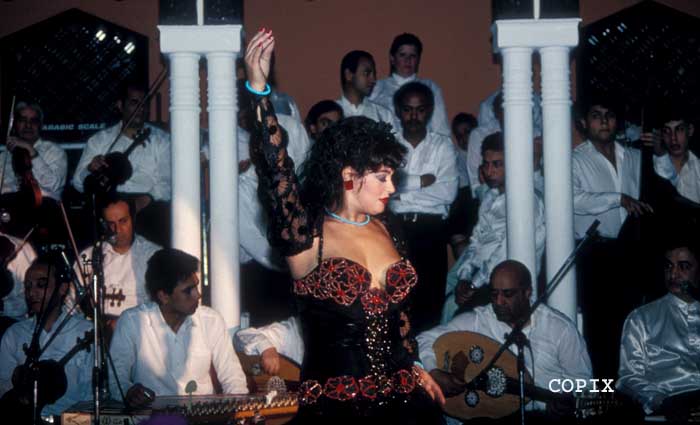 The night that Fifi Abdou, Egypt’s most famous belly-dancer performed at the Cairo Sheraton was a night to remember. Can you hear the music? Those days are over.

2 Responses to Memories of Egypt: a photo-essay