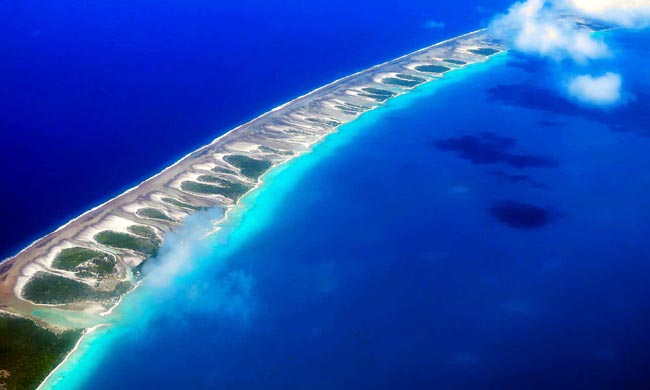 One of my most treasured travel memories is of a visit to the great atoll of Rangiroa in the Tuamotu Archipelago of French Polynesia.

It was 1969. There were no tourists because there were no hotels. I stayed with Tahitian-French friends who monitored the seismographic station. I had just completed six months work at the Club Mediterranee on Moorea. Responsible for a team of five lazy Tahitian hostesses who spoke no English and several hundred tourists, mainly American, who spoke no French. On learning it was not Club Med policy to carry luggage, one lady even flew straight back to LA. At Christmas the housemaids went on strike and it was left for me to deliver fresh laundry to the guests. It should have been a dream job on an island paradise, but it nearly did my head in and when someone suggested Rangiroa at the end of season, I booked a flight from Tahiti the following day.

Few people had heard of Rangiora before Thor Heyerdahl’s Kon Tiki raft grounded there following its epic voyage from Peru in 1947.

The largest atoll in the Pacific, its 300-mile-long coral reef encloses a lagoon, sometimes turquoise, sometimes jade, or aquamarine and literally teeming with fish. On a visit to the Tuamotus, the French marine explorer Jacques Cousteau declared Rangiroa’s lagoon the most beautiful aquarium on earth.

Life was very laid back when I visited in the sixties. Coconuts dropped off the trees and needing to eat, locals plucked a lobster off the ocean side of the reef, or speared a fish in the lagoon. To me, all those years ago, it offered a glimpse of the simple life immortalised in Gauguin’s paintings of Polynesia.

Today, predictably, there are hotels and dive centres so rather than spoil my memory of Rangiroa, I shall find another atoll in the Tuamotus, as yet untouched by tourism…

Australian photojournalist and author. Used London as a base for nearly forty years while freelancing in the Middle East, Arabian peninsular, Africa and South Asia. Have written and illustrated more than a dozen books and travel guides. Operates a well regarded religious images stock photo library: www.worldreligions.co.uk. Live in Leura in the Blue Mountains outside Sydney.
View all posts by Travels with My Hat →
This entry was posted in Memoir, Photographs, Travel and tagged atoll, boat, flowers, holidays, lagoon, Pacific, Polynesia, Rangiroa, reef, Tahiti, tiare, tourism, Tuamotus, vahine. Bookmark the permalink.