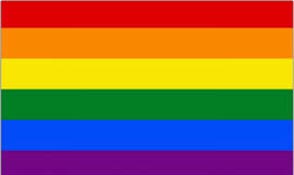 I call for the expulsion of both Nigeria and Jamaica from the British Commonwealth.
Their continued repression of Gay Rights is contrary to other member nations of whom the majority recognise the equal status of their citizens and in these circumstances, neither deserves a place at the`round table` chaired by our most gracious Majesty, the Queen.
The British Honorary Consul in Jamaica, found murdered in September with a note `This is what will happen to all Gays` near his body, says everything potential tourists need to know about the homophobic Caribbean island.

Gay visitors should also exercise extreme caution in Nigeria which claims to be a democracy, but where homosexual acts are punishable by DEATH.

The expected 50,000 visitors to next month`s World Travel Market in London could do well to make their feelings known to the respective tourist boards.
c.Christine Osborne.

Australian photojournalist and author. Used London as a base for nearly forty years while freelancing in the Middle East, Arabian peninsular, Africa and South Asia. Have written and illustrated more than a dozen books and travel guides. Operates a well regarded religious images stock photo library: www.worldreligions.co.uk. Live in Leura in the Blue Mountains outside Sydney.
View all posts by Travels with My Hat →
This entry was posted in Comment and tagged Commonwealth, gay, Jamaica, Nigeria, persecution, rights, shame, Travels with My Hat. Bookmark the permalink.

2 Responses to NAMING AND SHAMING