Why I decided to self publish is easily answered. Publishers did not promote my books so except when I accepted a flat fee, I never earned royalties. In 1984, one well known British publishing house sold the US paperback rights of my hardback on Jordan – including all the photographs – for only $500!

Travels with My Hat is about my lifetime’s work as a freelance writer and photographer in Africa, the Middle East and south Asia. Photographs were essential to the text, but as images, especially colour ones, are costly, I knew that it would be difficult to secure a publisher. 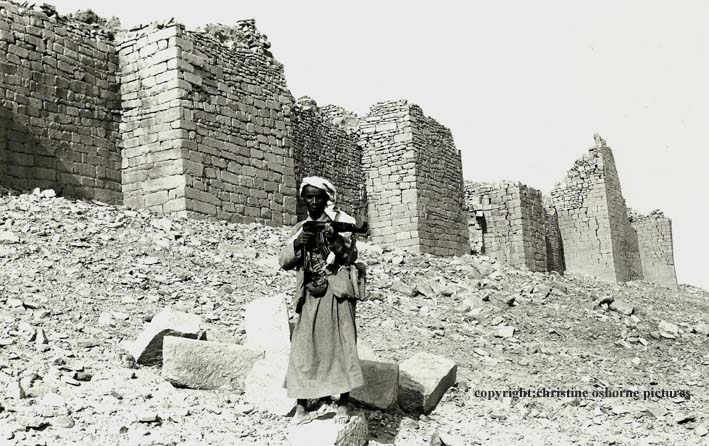 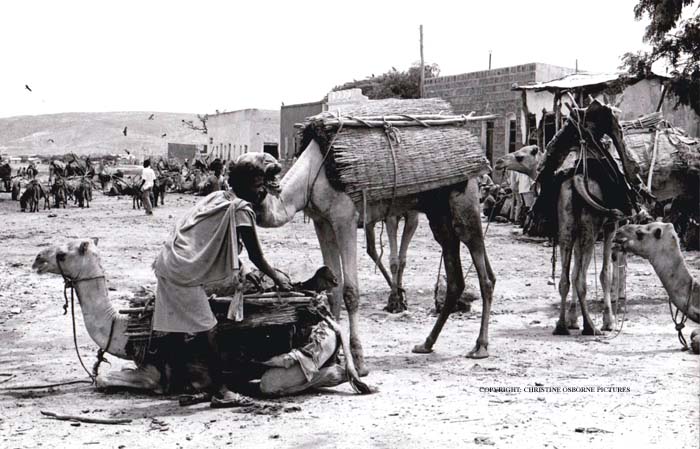 In 20o9, with self publishing taking off, I began reading everything I could on how to proceed. And having saved enough for an estimated cost, I finally took the plunge.

I had begun writing Travels with My Hat in London, a convenient base for my travels. An income from my work —running stock picture agencies—enabled me to continue writing, but when this source contracted, I decided to sell up and return to Australia which I had originally left in 1963. 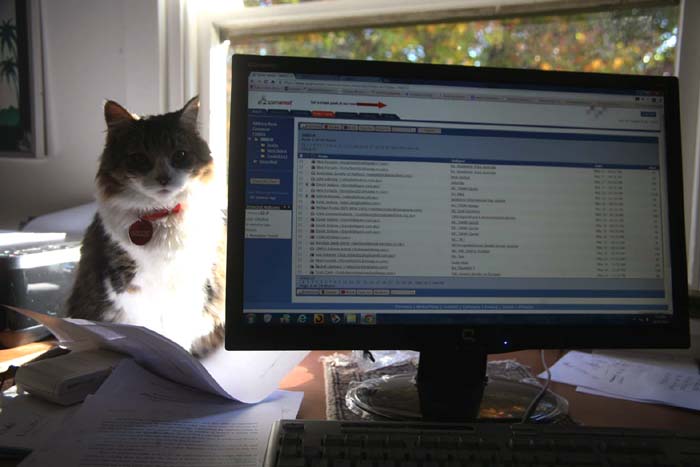 Such a massive move certainly delayed the project, but after months of intense writing, and re-writing, in 2013 I was ready to find an editor. This was not a problem as several websites listed editors and their specialti, and I eventually selected a very experienced senior editor who listed travel in her CV.

My choice was good if disheartening. While very thorough, her outlook on life was rather old fashioned. Australians will not understand “rictus smile” was one of many comments and my way of spelling caused massive disputes.

I used the Oxford and/or Merriam Webster as a reference, but she insisted on the Macquarie dictionary so everything had to be changed to the Australian way – inquired, labor, traveled. Yes, she taught me a huge amount, but even when the book was printed, she refused to say anything positive.

“I am an editor, it’s not my job to say whether I like a book,” was her mantra.

With the MS ready, I began to source a designer who I found via a recommendation on Twitter,  an essential tool for self publishing information.

A top designer of brochures and logos, she had never designed a book, but I believe there has to be a first for everyone —self publishing was mine—and she proved an excellent choice. Evident when you see the book. 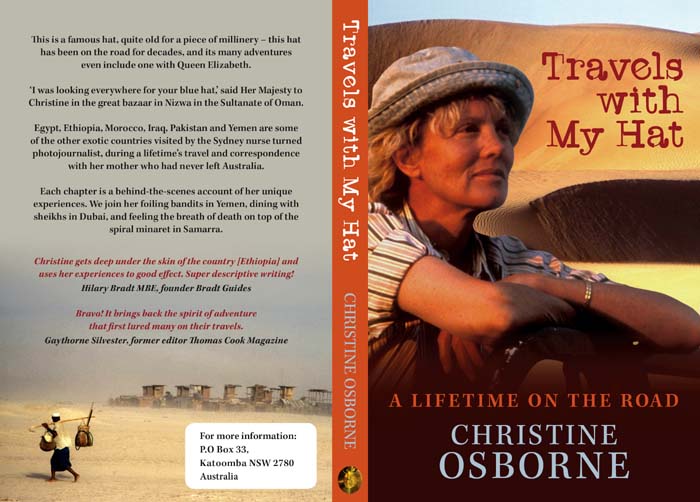 The proof reading was the weak link. Even the best proof reader will miss mistakes, but unfortunately the proofer of TWMH missed errors such as Marrakesh spelt the English way in one paragraph and French way in the following. I  found many errors missed. My fault, but lesson one – source a top proof reader along with your editor and designer.

With the PDF files ready, I obtained quotes from China and Singapore, but while half the cost of printing in Australia, I learnt I would have to add customs duty and moreover, I wanted to see the proofs hot off the machine.

Ultimately a Sydney printer was recommended by a friend who had successfully self published. I visited the factory where the process was explained by an affable sales manager and when his quote came in at less than another that I was considering, paying the deposit, I hit the go button.

I had chosen good quality paper and impressed by the synopsis, a Melbourne distributor took 400 copies and the remainder are selling slowly, but surely at my various talks and with increasing publicity on radio and in the press.

Two months after publication, I signed a deal for an e-book with an online publisher and together we embarked on a vigorous campaign to promote the book to an American audience, the main market for electronic readers. The reward was several excellent reviews on Amazon.com including one by one of their Top Ten reviewers who called the book “an outstanding read”.

Travels with My Hat: A Lifetime on the Road with 78 colour and black-and-white photographs was officially launched by Australian media icon Ita Buttrose at Gleebooks in Sydney on 28th March, the event attended by 90 people. 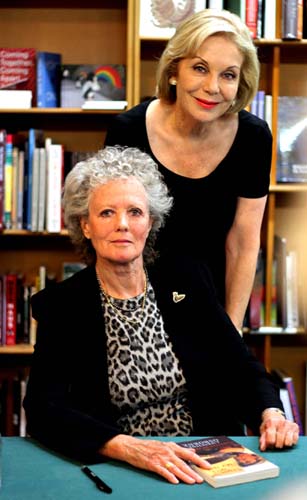 Will it go to a second printing? While it is still early days, if demand continues and I need to re-publish, I will go for print-on-demand.

And might I self publish another book? Based on my first experience, I would say most definitely.

Especially for fiction writers, where photographs are not an issue, DIY is definitely the way to go, but next time I will register a separate publishing name as publishing under the author name has caused some confusion among booksellers. 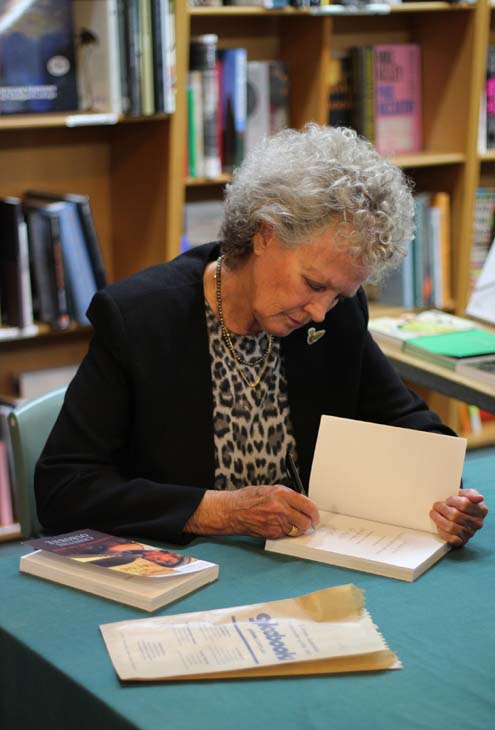 PS. TRAVELS WITH MY HAT HAS BEEN AWARDED BEST SELF PUBLISHED NON-FICTION BOOK BY THE US-BASED SELF PUBLISHING REVIEW, 2014.

Australian photojournalist and author. Used London as a base for nearly forty years while freelancing in the Middle East, Arabian peninsular, Africa and South Asia. Have written and illustrated more than a dozen books and travel guides. Operates a well regarded religious images stock photo library: www.worldreligions.co.uk. Live in Leura in the Blue Mountains outside Sydney.
View all posts by Travels with My Hat →
This entry was posted in Media, Memoir, Travel, Travel Narrative and tagged books, memoir, narrative, non-fiction, self publishing, travel, Travels with My Hat, writing. Bookmark the permalink.

2 Responses to MY SELF PUBLISHING EXPERIENCE