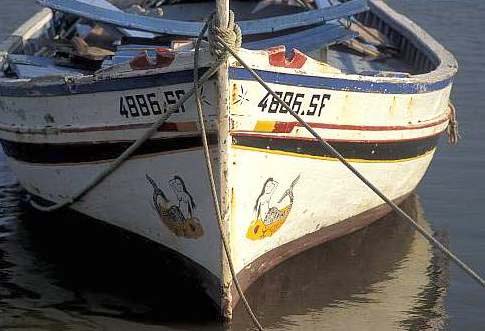 Locals eat octopus for breakfast, lunch and dinner in the Kerkennah Islands off Tunisia. It is especially plentiful during the winter fishing season when menus feature octopus soup and salad, grilled octopus, breaded octopus, octopus cous-cous and fish with hot ‘Kerkennah sauce’ made from yes …. octopus!

Eulogised in poetry as an oasis planted in the sea, the Kerkennah islands lying in the Gulf of Gabes, 20 km off the busy Tunisian port of Sfax – are flat, arid and in summer, very hot. 48c is not unusual during August. 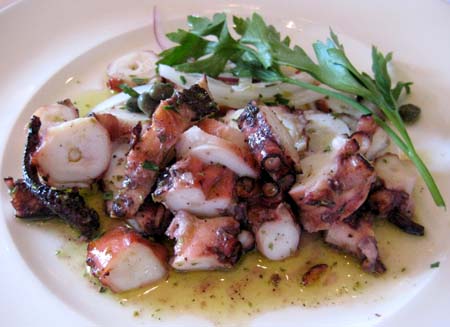 During the prosperous Carthage period, they were important trading posts. Hannibal passed this way, and in 1945, Tunisia’s future leader. Habib Bourguiba, took refuge there.

Not a lot has happened since. Overlooked by tour operators in favour of flashy mainland resorts, the islands remain a secret among a loyal clientele. The white-washed, flat-roofed houses resemble mainland Sidi Bou Said. And everywhere are stacks of pots for trapping octopus.

Gharbi and Chergui, the largest of the seven islands, are inhabited by some 15,000 people who are strict Sunni Muslims. Parents choose a bride, or a groom, who may not even speak to each other before their marriage.

A car-ferry from links Sfax and Sidi Jussef, on Gharbi island where a Roman causeway links Gharbi to Chergui.

Remla, the biggest settlement, on Chergui has souvenir shops, a couple of restaurants, a carpet-weaving centre, and not a lot else. 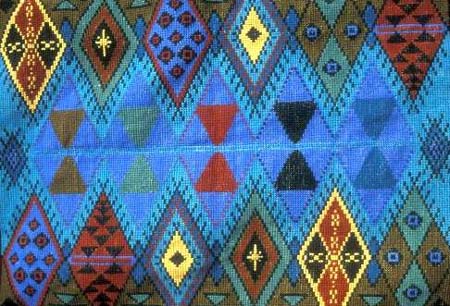 But the simple life is its attraction. Writing a blog, one man says he’s been there 31 times in a month. Or did he mean he spent a month of 31 days there?

Whatever, Kerkennah is a place to unwind, but while the beaches are sandy, the surrounding Mediterannean is shallow, so you must walk out a long way before it becomes deep enough to swim.

They fashion a funnel like fence from palm-frond branches which traps fish when the tide goes out. Octopus-fishing couldn’t be easier: fishermen just drop a jar attached to a float and when an animal takes up residence, they pull it out.

In El Attaya village on the north coast of Chergui, a fisherman will take you out for a few dinar. Bicycles can also be rented to explore the island which measures 11 km from east to west, and horse-carriages are available to tour the palm-groves. 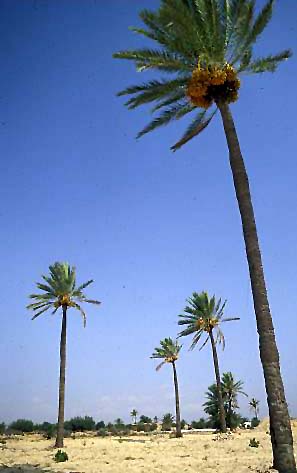 Swamps on the west coast are good for bird-watching. Common species are heron, tern and hoopoe with plover, sandpiper and other waterfowl arriving during winter (November-March). The islands are also a commorant breeding ground although competing for fish, they are unpopular with residents.

Some people tire of the tranquillity of the Kerkennah. Others find the low-key life so appealing, they retire there. At last count a score of expatriates were living on Chergui, including several Swiss, who hold octopus fondue dinner parties.

Australian photojournalist and author. Used London as a base for nearly forty years while freelancing in the Middle East, Arabian peninsular, Africa and South Asia. Have written and illustrated more than a dozen books and travel guides. Operates a well regarded religious images stock photo library: www.worldreligions.co.uk. Live in Leura in the Blue Mountains outside Sydney.
View all posts by Travels with My Hat →
This entry was posted in Travel and tagged Chergui, Gabes, islands, jars, Kerkennah, Mediterranean, octopus, palms, Remla, seafood, Sfax, tourism, Tunisia. Bookmark the permalink.

10 Responses to OCTOPUS IS KING IN THE KERKENNAH ISLANDS