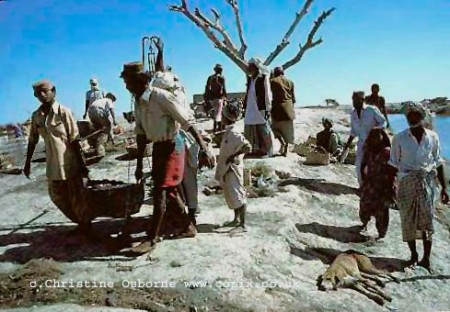 Last night I listened to an OXFAM director saying the call to aid Pakistan flood victims has not received a good response, something I find hard to accept, even given the multiple world emergencies of recent times.

I have travelled the length and breadth of Pakistan, a rugged, vibrant country with spectacular scenery and some of the oldest sites in the civilised world and wherever I went – from Karachi to the Khyber Pass and the mountainous Northern Areas, I was well received although it is also true to say – not without a degree of curiosity!

I found the average person friendly, courteous and kind, especially the poor rural villagers of Sindh the southern province, my favourite part of Pakistan, currently facing inundation by the swollen Indus river.

Hospitality was a second nature, even if it was a family’s last drop of lassi. And well I recall an occasion when my suitcase wouldn’t close at Karachi Airport and an observant porter whipped out the rope supporting his trousers and strapped it around the lid. 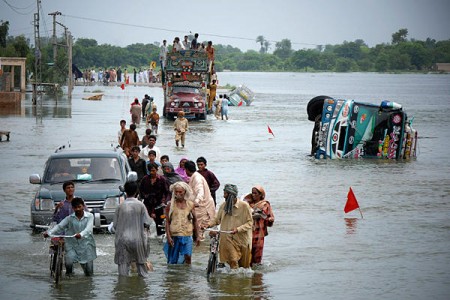 Sindhis number the Indo-Aryan tribal peoples known as Jats and the Mohanas of the preceding blog, to the urban elite in Karachi, but your typical Sindhi is a hard-working peasant, usually mortgaged to a wealthy landowner, living in a mud-house with his animals – chickens and a few water buffalo – all now lost in the floods.

Can anyone watching the desperate images beamed nightly into their living room imagine what it must be like to have nothing? And be denied because you happen to be of Muslim persuasion with an odious government accused of supporting terrorism.

Those among you who have not dug into your pocket may answer somewhere deep, dark and guarded by Cerebrus, the three-headed guardian dog of the entrance to Hell. 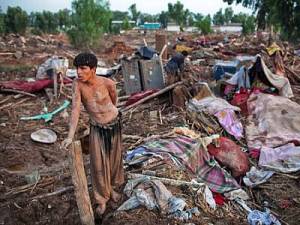 An Insight and Guide by Christine Osborne (Longman Group) 1983.

Australian photojournalist and author. Used London as a base for nearly forty years while freelancing in the Middle East, Arabian peninsular, Africa and South Asia. Have written and illustrated more than a dozen books and travel guides. Operates a well regarded religious images stock photo library: www.worldreligions.co.uk. Live in Leura in the Blue Mountains outside Sydney.
View all posts by Travels with My Hat →
This entry was posted in General and tagged countryside, fishermen, floods, harvest, Manchar Lake, Pakistan, peasant, people, Sindhis, water-buffalo, woman rural, worker. Bookmark the permalink.