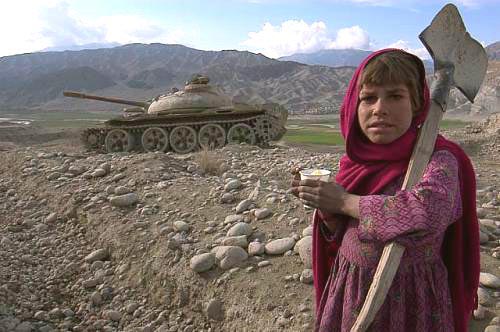 What’s to be done about British deployment in Afghanistan, following mistaken assumptions of al-Qaeda links to Iraq, post 9/11?

I visited Iraq twice under the regime of Saddam Hussein and while there is no question he was Evil, Iraq was one of the most advanced societies in the Arab world. Urban women were educated, oil and alcohol flowed – and certainly ‘Saddam’ was as fearful of an al-Qaeda plot on home-soil as much as the Americans were paranoid about WMD.

Now we have Al-Qaeda operating from the ungovernable Tribal Agencies of Pakistan and criminal Taliban elements detonating British troops in Helmand province with their endless supply of home-made bombs.

Since time immemorial, Afghanistan and Pakistan-to-be, have known invasion – Persian, Greek, Hun, Arab, Mogul, British imperialists in the late nineteenth century, and ultimately the Russians, in 1979. None was successful in taming the feudal rockpile.
As I understand it, the original deployment in Helmand was aimed at ridding the south of Taliban and curbing the prodigious local poppy harvest. But the Taliban remain and the red flower flourishes, watered by the blood of brave, young soldiers.

Sending further air support is essential, but merely palliative without a contingency plan for backup on the ground and to be totally effective, the dismantling of archaic tribal systems based on the jirga and family honour. Although clearly, the latter will take generations.

The way forward, is to assist Afghanistan to help itself build the type of society it needs – and this might well not be Westminster-style democracy- it`s about winning hearts and minds (and a good start might be to see some of the warlords tried for crimes).

3 Responses to THE HELMAND CONUNDRUM