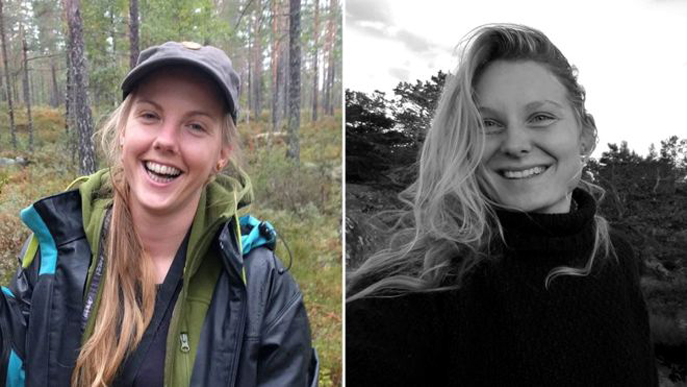 Speaking to Norwegian broadcaster NRK Maren’s mother said “Her first priority was safety. The girls had taken all the precautionary measures before embarking on this trip.”

While the murder of Maren Ueland,  28 and her Danish friend Louisa Jespersen 24, is beyond tragic, what were two young blondes thinking to camp out in Morocco?

No denying that Australia has not experienced attacks on young woman backpackers, but a western woman sleeping outdoors in a country where women veil does not invite local respect.

I have visited Morocco many times since the 1960s when travel was indeed safer than it is today. And while I travelled the length and breadth of this beautiful country to research a book, my golden rule was to ensure I reached a safe destination by dusk.

My sincerest condolences to the families who have lost their lovely daughters in the most horrid circumstances in the High Atlas mountains.

But why didn’t a responsible person in Imlil, base for trekking in the Jebel Toubkal National Park, caution them about pitching their tent on the mountainside? We further learn their bodies were discovered by two French women. Also hiking alone.

Morocco was late in embracing tourism.

When my guide Morocco for the Independent Traveller was published in 1990, the country counted little more than a million foreign visitors.

Today it welcomes in excess of 10 million tourists and while it has not experienced the upheaval of an “Arab Spring”, discontent is widespread among the poor and at heart Morocco is a conservative Muslim society.

The effect of the murders is to damage the reputation of an unspoilt wilderness area. They have also shaken government authorities with tourism now Morocco’s second highest foreign exchange earner after phosphate.

As more and more western women are emboldened to visit developing countries, the salutary lesson, whether up a mountain or in urban Marrakech, is to never let your guard down.

While it is evident the Scandinavian girls did not take their safety seriously, no one could have imagined them being decapitated by rootless, radical followers of Abū Bakr al-Baghdadi, the faux-Muslim leader of the so-called Islamic State.

Australian photojournalist and author. Used London as a base for nearly forty years while freelancing in the Middle East, Arabian peninsular, Africa and South Asia. Have written and illustrated more than a dozen books and travel guides. Operates a well regarded religious images stock photo library: www.worldreligions.co.uk. Live in Leura in the Blue Mountains outside Sydney.
View all posts by Travels with My Hat →
This entry was posted in Travel and tagged Atlas mountains, Jebel Toubkal, Morocco, tourist murders. Bookmark the permalink.

2 Responses to TOURIST MURDERS IN MOROCCO