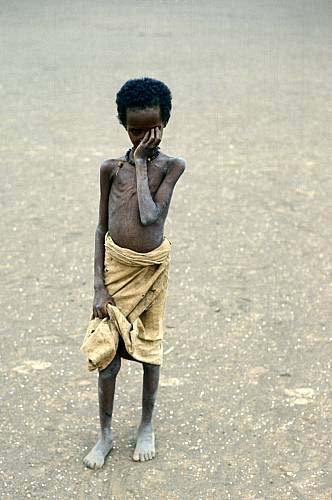 … Only the political correspondents were invited to the evening banquet in Menelik’s old Imperial Palace in Addis Ababa. Back at the hotel, I added my name to the list of journalists wanting to visit the famine belt, and next morning, escorted by Ethiopia’s portly Minister for Relief, we took off for Gode in a chartered DC3.

Gode lies in the Ogaden, a vast tract of south-east Ethiopia bordered by Kenya and Djibouti, and sharing a historically disputed frontier with Somalia. A semi-desert region, it supports only scraggy shrubs and trees, but the Webi Shebelle River crosses it before flowing into the Indian Ocean, more than 1,000 kilometres (500m) from its source in the Ethiopian highlands.

‘We’ve had no response to our appeal for medical teams,’ Shimalis told us in the Gode refugee camp where one skinny doctor, two tired nurses and three overworked dressers were attempting to care for 12,000 starving victims of the famine. 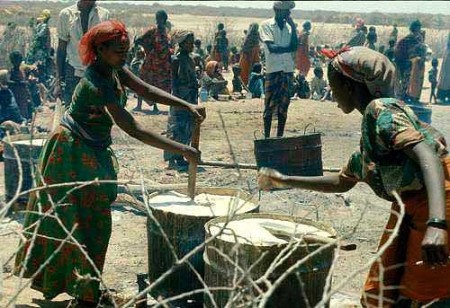 ‘She will die,’ murmured the doctor of a wasted mite whose arms were no thicker than my fingers. ‘There have to be mass graves before anyone wants to help, and once you find fresh graves, we have lost our battle against the drought.’ He sighed deeply.

Times are never normal, or good in this god-forsaken corner of Africa, where Somali nomads roam in a perpetual search for sustenance. Both for themselves and their herds.

Shimalis frowned. ‘They are a primitive people who eat food on the hoof, using a special curved knife to slice steaks off the living animal, then packing the wound with mud.’ 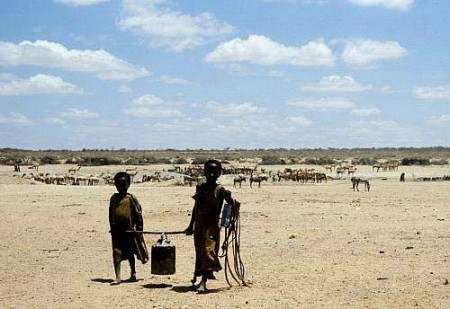 Hammered by the sun and buffeted by sand-laden winds, in five years the Ogaden had received not a drop of rain. Wherever I looked, sun-bleached bones punctured the desert landscape. Even the hardy camel herds were dying. Walking away from my colleagues, I came upon a small group moaning softly around a dried up water hole.

One was a mother with two young whose hump had shrunk to a flab of skin. She salivated, rolling her tongue, as the twins butted her udder in frustration. As I watched, she sank to her knees and rested her chin on the sand. A buzzard took off from a twisted acacia, then another and looking up, I saw other scavengers circling in the washed out sky. I had encountered many unpleasant situations on my travels when I’d tried not to cry, but conditions in Gode brought on tears….. 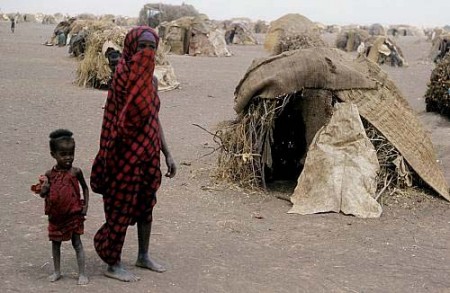 Australian photojournalist and author. Used London as a base for nearly forty years while freelancing in the Middle East, Arabian peninsular, Africa and South Asia. Have written and illustrated more than a dozen books and travel guides. Operates a well regarded religious images stock photo library: www.worldreligions.co.uk. Live in Leura in the Blue Mountains outside Sydney.
View all posts by Travels with My Hat →
This entry was posted in TWMH Excerpts and tagged arid, camels, climate, desert, drought, Ethiopia, famine, Ogaden, photos, refugees, starving, Travels with My Hat. Bookmark the permalink.

8 Responses to Visit to the Ogaden: Excerpt from Chapter 1 Ticket to Addis Ababa