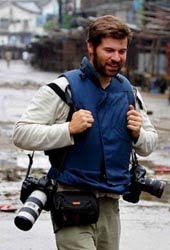 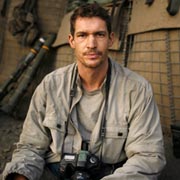 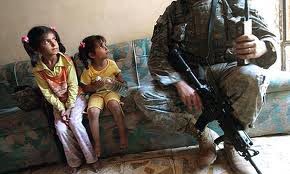 YOU TUBE has removed the video of war photographer Tim Hetherington being laid out by staff at the Misrata Hospital in Libya.

The man who posted the video which also contained images of Getty photographer Chris Hondros, uploaded it in good faith, and only after much deliberation. The decision to do so took moral courage and carried a warning that it contained graphic images. Therefore, and as always, it was a personal decision whether one looked at it or not.

I saw the video before You Tube decided it was unsuitable for public viewing, a decision with which I disagree.

The images of the dead Hetherington were a closure. If you’ve ever lost someone as I have, in curious circumstances and with no corpse, there is no closure on his life. The doctors handled Tim gently and if any of his family and friends managed to see the video, they would certainly have been upset. But it was an end.

My problem with You Tube in this case, is that they allow graphic footage of wounded and dead Afghans, Africans – you name them – to be displayed, but censor respectful photos of a famous photo-journalist killed in action.

I never met Tim, but I admired his skill as a photographer and in particular his evident concern for the unfortunates displaced by warfare. I also believe he wouldn’t have minded being photographed as a dead man. He was after all, a film-maker.

May you rest in peace Tim and thank you for the many times you risked your life to depict people caught in conflict.

Australian photojournalist and author. Used London as a base for nearly forty years while freelancing in the Middle East, Arabian peninsular, Africa and South Asia. Have written and illustrated more than a dozen books and travel guides. Operates a well regarded religious images stock photo library: www.worldreligions.co.uk. Live in Leura in the Blue Mountains outside Sydney.
View all posts by Travels with My Hat →
This entry was posted in Media and tagged censor, Chris Hondros, dead, Libya, Misrata, photographer, photos, Tim Hetherington, war, YouTube. Bookmark the permalink.

7 Responses to WAR PHOTOGRAPHY: FINE LINE BETWEEN REPORTAGE AND DEATH