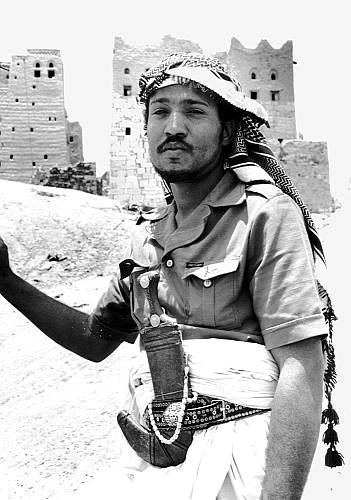 A prime objective within al Qaeda’s long-term strategy of establishing a pan-Islamic Caliphate, is the burning desire to overthrow the House of Saud. Other operations, though catastrophic, have been largely red herrings to distract attention from its gradual infiltration of Yemen, the back door to Mecca, and the Holy Shrines.

It comes as no surprise to anyone familiar with Yemen, that this fascinating, but dysfunctional country, has become centre stage in the battle to contain worldwide terrorism.

Yemen’s domestic history is a mix of on-going religious and tribal conflict.

Following the collapse of the Ottoman Empire in 1918, it fell under control of the Zaidi imams, a Shi’ite sect embedded in the north and on the central plateau, and contested by the Shafi’s, a Sunni school of law, inhabiting the western mountain slopes and the Tihama coastal plain.

A Zaidi imam ruled the country until the dynasty was overthrown in a military coup in 1962, allegedly lead by the current President – Ali Abdullah Saleh.

This tangled bacground has resulted in swathes of Yemen being ruled by dissident tribesmen. Notably the Sa’dah area along the Saudi border, Wadi Jawf – the ancient conduit for frankincense caravans travelling north from the Hadramaut, and the Shabwa governorate, south-east of Sana’a, allegedly operational base of AQAP (the self styled Al Qaeda of the Arabian peninsula).

The Sana’a central government has no authority in these areas where foreigners, taken hostage to highlight a local need for investment in health and education, are usually  released unharmed (certain elements of the British media have even joked about going on an ‘expenses free holiday’ in the Yemen).

Such activities became sinister in March 2009, with the murder of Korean tourists in Shibam – a UN World Heritage town in the Hadramaut – followed in June, by the deaths and kidnappings of medical workers in Sa’dah for which al-Haithy rebels are thought responsible.

Since then the armed forces of Yemen, assisted by Saudi air-strikes against rebel incursions, have stepped up resistance to the northern revolt lest disaffected tribes compound the terrorist problem.

Despite the fact that Yemen now has more ‘no go’ areas than a Swiss cheese has holes, in October, the Yemen Tourism Promotion Board, launched a campaign to attract visitors by bringing a folklore troupe to dance on Paddington station, and at key spots on the Continent.

The Minister of Tourism subsequently received the ‘Golden Rudder Award’ for creativity, presented in Jeddah, by Arab tourism members of the GCC States – Gulf Co-Operation Council which Yemen would dearly like to join.

And Obama’s U-turn over the closure of Guantanamo, largely relates to the fact that 45% inmates are Yemenis. Could Sana’a be trusted to put them on trial. Or would they be released, to potentially re-group with al Qaeda?

Yemen’s destiny remains unknown. But what seems certain, is that further destablisation caused by either Zaidi rebels, or disenchanted southerners, will serve an AQAP element, thought linked to al-Shabaab, in Somalia.

While Yemen may not espouse outside intervention, the alternative to propping up the central government, could see a pincer grip on either side of the Bab al-Mandeb, the strategic entrance to the Red Sea.

Australian photojournalist and author. Used London as a base for nearly forty years while freelancing in the Middle East, Arabian peninsular, Africa and South Asia. Have written and illustrated more than a dozen books and travel guides. Operates a well regarded religious images stock photo library: www.worldreligions.co.uk. Live in Leura in the Blue Mountains outside Sydney.
View all posts by Travels with My Hat →
This entry was posted in Comment and tagged al Qaeda, Arabia, division, Hadramut, intervention, political US, rebel, Red Sea, Sad'h, Saudis, sheikhs, tribes, Yemen, Zaidi. Bookmark the permalink.